It’s an early spring night in Rushville, IN, and inside a restaurant on Main Street, a unique group is meeting for the very first time. A group of Brazilian musicians from São Paulo sit across the table from Rushville’s mayor and other residents. A local music teacher pulls out his saxophone, and suddenly an impromptu concert is taking place at the dinner table. The joyful sounds of samba echo throughout the space and out into the street.

This moment of cultural exchange is one small part of a larger movement taking place in this rural city of just over 6,000 residents. People are using art to change the future of their community, using creativity, vision, and passion to guide the way.

Brian Sheehan, Director of Special Projects and Community Development for the City of Rushville, is straight to the point when he talks about his hometown. “There’s a lot of rural communities that are okay with slowly dying. We are not.” Brian started his job back in 2016, tasked with bringing energy, funds, and people back into this small farming community. These efforts were rewarded with a Stellar Community designation from the state of Indiana, which brought in $14 million dollars of public and private investment into Rushville’s downtown.

With these funds, the city turned to art as a key component of their vision to improve both quality of life and quality of place. “Art for us was basically a visual announcement of the community. It tells people something different is going on,” says Brian. “Suddenly you can see what’s happening, even if you’re not paying attention to anything else.”

The community started small – painting statues of lions, the mascot of the local high school. Then the projects started to grow. Murals, signage, and statues started popping up in the downtown. They started to build a summer concert series that drew thousands. Brian’s motto was to say yes and see what would stick.

“If we want Rushville to be here long term, we have to try different things,” says Brian. “Rather than try to hide that and say that it’s perfect here, we’re understanding that we have to be more open, more welcoming, and show people that we care.” In the four years since Rushville was named a Stellar Community, they’ve brought in additional private investments of over $130 million to rehabilitate and revitalize the town.

In early 2019, Arts Midwest asked if Rushville would be interested in partnering on World Fest, a program that brings international artists to rural communities for residencies and concerts. Brian immediately said yes. That fall, Rushville hosted Hikaru, a Japanese ensemble. But then, the COVID-19 pandemic put the world—and World Fest—on hold.

It wasn’t until the spring of 2022 that tours would start up again. Once they did, plans were made to bring Paulo Padilha e Bando, a Brazilian ensemble, to town.

Bringing Brazilian Culture into the Classroom

Fifteen minutes down a country highway from Brian Sheehan’s office sits Mays Academy, a K-8 charter school with a deep focus on STEM. The school’s music program is run by co-teachers Kaylee Marlatt and Dave Helms. When they heard a Brazilian ensemble would be visiting Mays Academy and doing a concert, they immediately got to work to prepare their students for their very first international visitors.

“Here in central Indiana, we don’t always see a big variety of different cultures. I’ve always wanted to bring that into the classroom because I think that education is important,” says Kaylee. Dave agrees: “For kids that are born 10 miles from where they’re going to school and haven’t left that county in 10 years, it’s great stuff.”

Over the course of a month, Kaylee and Dave began to share Paulo’s music, rhythms, and syncopation styles with students. Dave learned some Portuguese to teach the kids so that the school could welcome the band and thank them. Kaylee created a bulletin board in the classroom about Paulo and his band, and about São Paulo, Brazil.

The music teachers’ preparation paid off when the band came to visit the school. Rush County Arts Council member Darilyn Bedel recalls the special moment: “When the music started playing, the kids started jumping around in their seats and by the time the concert was over, they were up and dancing. You should have seen their faces!”

“It was an amazing experience!” says bandleader Paulo Padilha. “The teachers, they did a wonderful job with the kids. It was very emotional for us to see the Brazilian flag on the wall and hear the words in Portuguese that they had practiced.”

“So many of these kids in this area may never ever leave Rush County, never ever have the opportunity to see something like that,” Darilyn says. “To bring it into this community and open their eyes up to something brand new, it just warms your heart.”

“What’s really special is that the kids were able to go home and share with their families what they had seen and learned at school,” adds Kaylee Marlatt. In fact, many of her students asked their families to go see the band again at their concert in town the following night.

Performing at the Princess

Paulo Padilha e Bando’s final concert took place in a symbolic venue for Rushville: The Princess Theatre. This iconic 100-year-old former Masonic Temple has been at the heart of the city’s major downtown beautification efforts. It was marked for demolition in 2018, but now has been converted into a multipurpose space that is home to Rushville’s new city hall, an Ivy Tech Community College Satellite location, a tech lab, meeting space, and a flexible movie theater.

Over 150 people showed up for the show, which was the very first public concert to take place in the venue since the renovation. In the audience were neighbors, students from the surrounding schools, and music teacher Dave Helms, ready with his saxophone. Paulo invited Dave up on to the stage, where he performed several songs with the ensemble, a first for the band on their tour.

“We all speak the language of music,” says Dave. “You watch each other’s eyes and hands, and their smiles and expressions.”

“It was unique,” says Paulo. “We were looking forward to this tour since 2020. We are celebrating. It’s nice to remember the feeling of going back to the road and going to these small cities.”

Events like Paulo’s concert mark small but historic steps forward for Rushville, which is celebrating its 200-year anniversary as a community in 2022. It’s a shift that’s been a long time coming, says Darilyn Bedel. “I’ve traveled a lot and seen so many beautiful things in those places. I’ve always said, ‘We can do this in Rushville. Why can’t Rushville do this?’ It’s just having that vision and finding the right people to help make that vision come true.”

Rushville has much more planned on the horizon. Darilyn is working to host more events, plays, concerts and comedy at the Princess Theatre; Dave and Kaylee are continuing to use Paulo’s music as a launching pad to teach music and culture to their students; and Brian is seeing his work to bring people into Rushville pay off. His daughter, freshly graduated with an arts degree, is moving back to town to teach art in one of the local public schools. It’s a full-circle moment, where art, creativity, and community are all coming together to lay the path forward for the future. 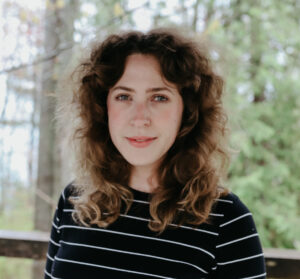 Alana Horton (she/her) is the Communications Officer at Arts Midwest. She specializes in organizational storytelling, communications, and marketing, and has been working in the nonprofit arts field for 10 years.